Rwanda Chapel - Anti-Object and the path to The Object 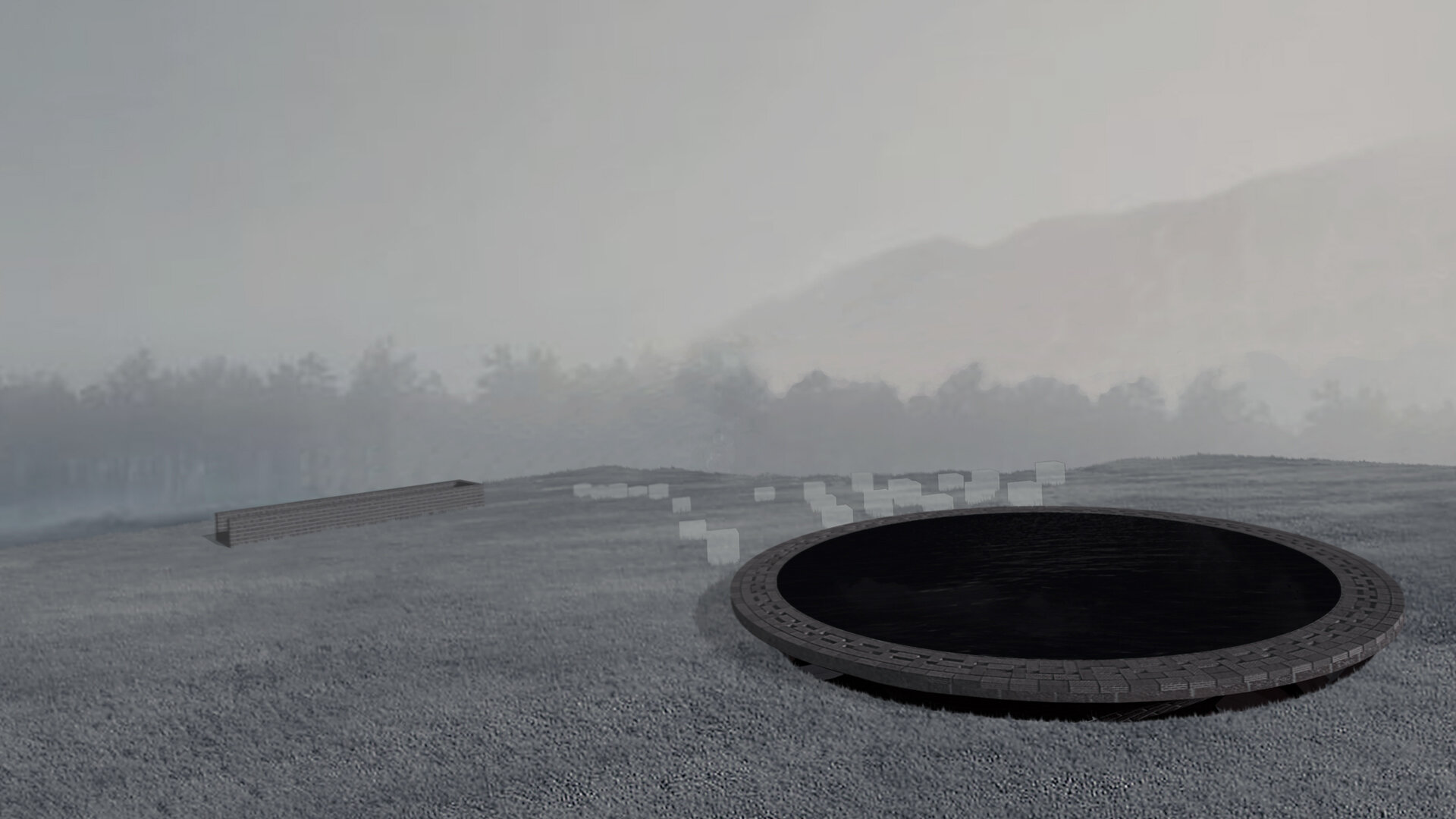 Anti-Object
The approach of the given site is based on the simple desire to respect the place. Any construction proposed in this place would become an object that would deny the context and implicitly the site. Thus, the project proposes the opposite of what could mean an architectural object. A buried, hidden architecture that leaves nature and time to be the main elements of the project.
In this sense, there are only two elements that signal the existence of a construction: the stairs and the object.
… and The Path to …
Beyond the "collective" world, defined by the community and the common experiences or activities, we each have a own, personal cosmos.
The "collective" world envelops and influences our entire personal universe and it can be divided into a physical, material part and a spiritual, emotional one.
In this large community of the collective world, the incipient relation between two people is based on a greater physical interaction than emotional. Over time, the report changes, and common experiences tend to balance more towards emotional, spiritual, rather than physical interaction.
Ultimately, death removes the possibility of a physical interaction and the only approach that remains is the spiritual one, which can range from “zero” to “absolute”. “Zero” for those who are forgotten and “absolute” for those who remain in the collective memory.
The Object
This object is a representation of the physical world, the existence of a path of life that tends to achieve the absolute. A compact, heavy body that reaches outwardly transformed into a light, volatile, absolute surface. In this way, time becomes an important element of the project, reflected into a dynamic water mirror surface, being a reflection of the sky and permanent evolution. 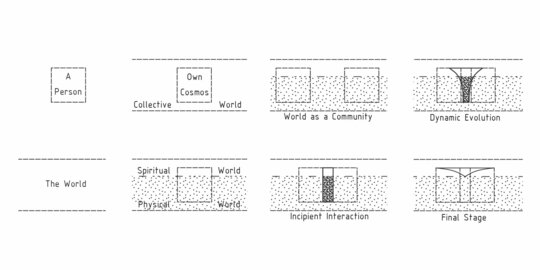 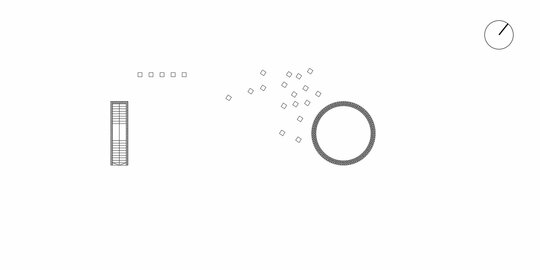 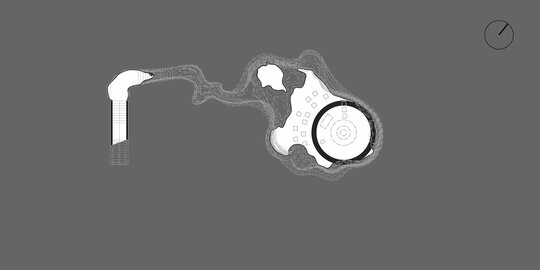 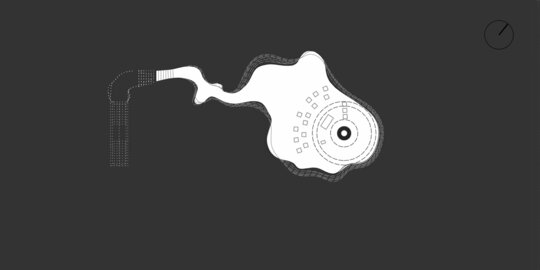 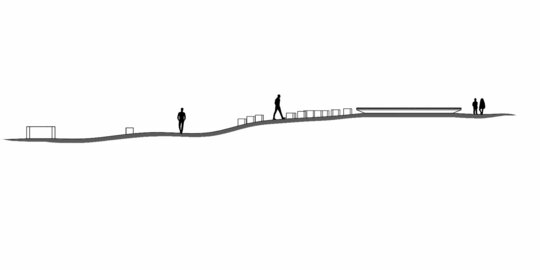 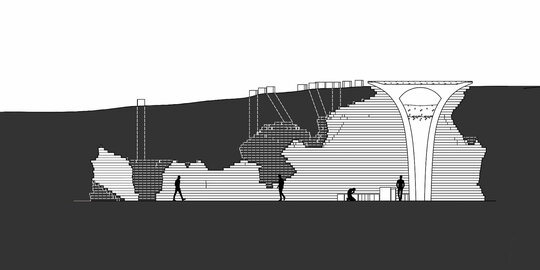 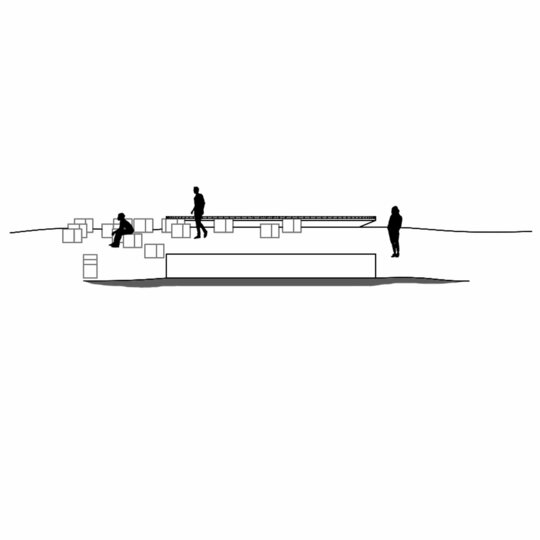 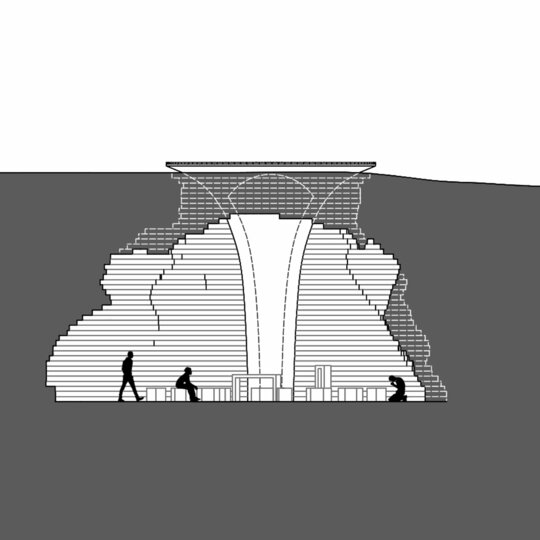 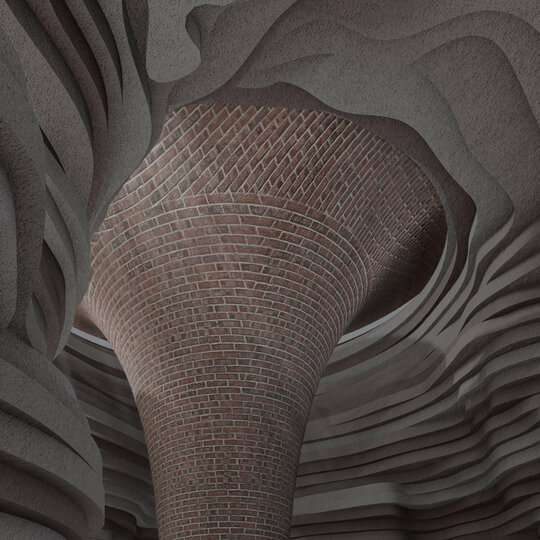 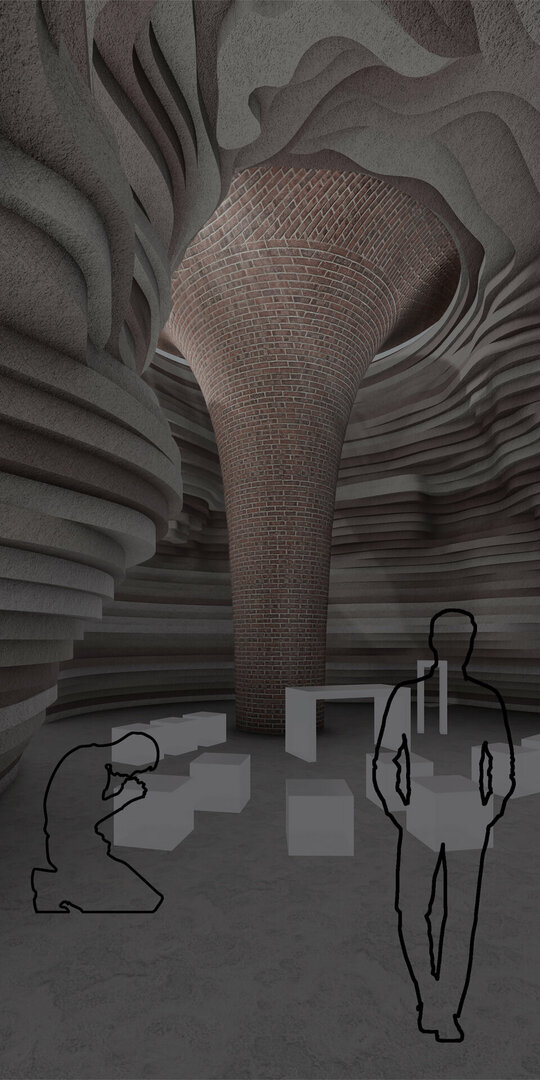 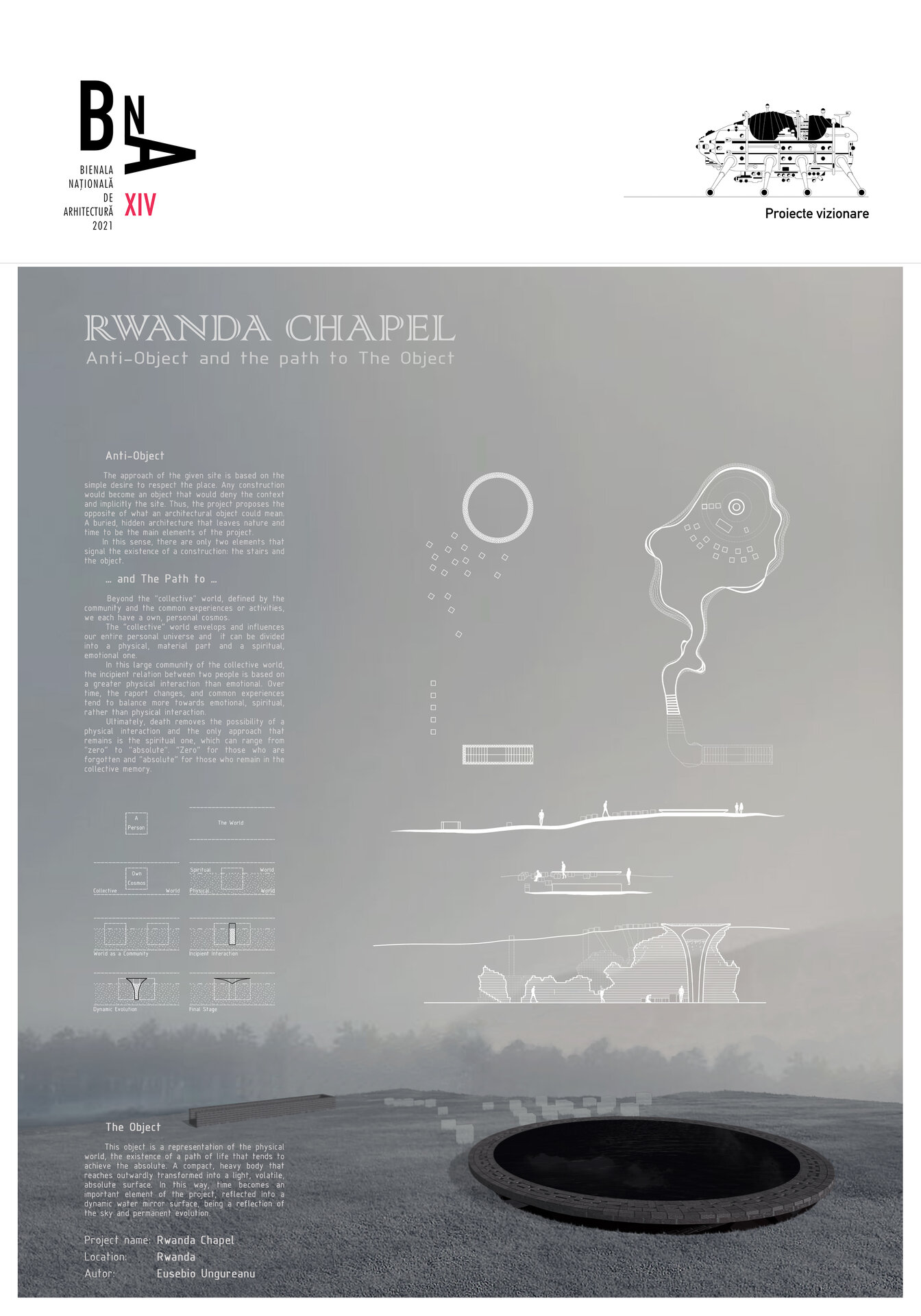